Meet the UFV Board Members

Elections for officers of the board take place annually in June. 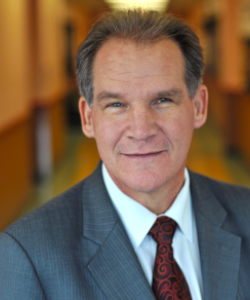 John Pankratz is a Partner with Grant Thornton LLP  Chartered Professional Accountants working out of the firm’s Abbotsford office. Mr. Pankratz is a UFV alumni and previously served as Chair of the UFV Board of Governors from 2016-2019.

In 1988 Mr. Pankratz received his CGA (Certified General Accountants) designation, now the CPA (Chartered Professional Accountants), and throughout his career has been an active member in the legacy CGA organization serving on its Board and as Chair of the Public Practice Advisory Group, Chapter Advisory Group, and Practice Review Committee. Mr. Pankratz also served as Chair of the Public Practice Committee for CPA-BC and was an appointed member on the Auditor Certification Board for BC. Mr. Pankratz holds a Bachelor degree in Business Administration from Simon Fraser University. Adam Van Steinburg is the International Representative for First District Canada of International Brotherhood of Electrical Workers (IBEW). In this role he manages the IBEW jurisdiction and inter-local matters in all sectors. He is past Business Manager of the IBEW Local 213 where he provided leadership to the union, managed financial assets, and negotiated and administered collective agreements. Mr. Van Steinburg is also past president of the Bargaining Council of BC Building Trades Unions. He has served as an advisory committee member for the Industry Training Authority and the BC Safety Authority. Prior to taking on various leadership roles, Mr. Van Steinburg worked as an electrician on commercial and industrial jobs throughout the lower mainland. He earned his red seal for the Province of BC, obtaining his Journeyperson (Electrical Construction and Maintenance) designation from the BC Institute of Technology. 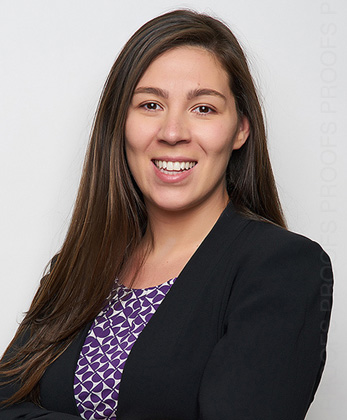 Bailey Savage is an Associate with Kane Shannon Weiler LLP. She manages the conveyancing department at the Newton Office. Previously Mrs. Savage was an Associate in the Federal Prosecution Department at MTC Law and an Associate with Mani Sandu and Associates Law Corp.  Active in her community, she has been a Volunteer Clinician for the Law Students’ Legal Advice Program. Mrs. Savage is a member of the Chippewas of RAMA First Nations. She holds a Juris Doctor from the University of British Columbia and a Bachelor of Arts with a Major in Criminology from Kwantlen Polytechnic University.

Connie is from the N’lakapamux Nation. Her mother is Thompson from Lytton, BC and her late father is Cree from Cold Lake, Alberta. 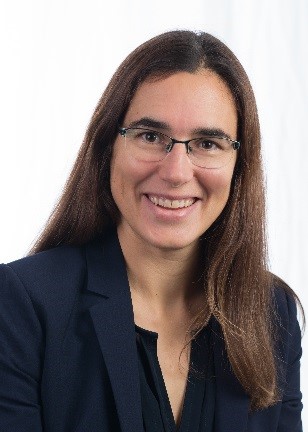 Cristen Gleeson is a Managing Partner with Baker Newby LLP.  Previously Ms. Gleeson was a Project Coordinator for Pivot Legal Society and a Sole Practitioner and Barrister of Cristen Gleeson Law Office. Active in her community, she is Founder and Chair of the Canadian Bar Association Fraser Valley. Ms. Gleeson is also a Director of the Fraser Valley Health Care Foundation. Previously she was a Director of the Fraser Valley Child Development Centre and Pivot Legal Society.  Ms. Gleeson holds a Bachelor of Laws and a Bachelor of Arts in English Literature from Queen’s University. 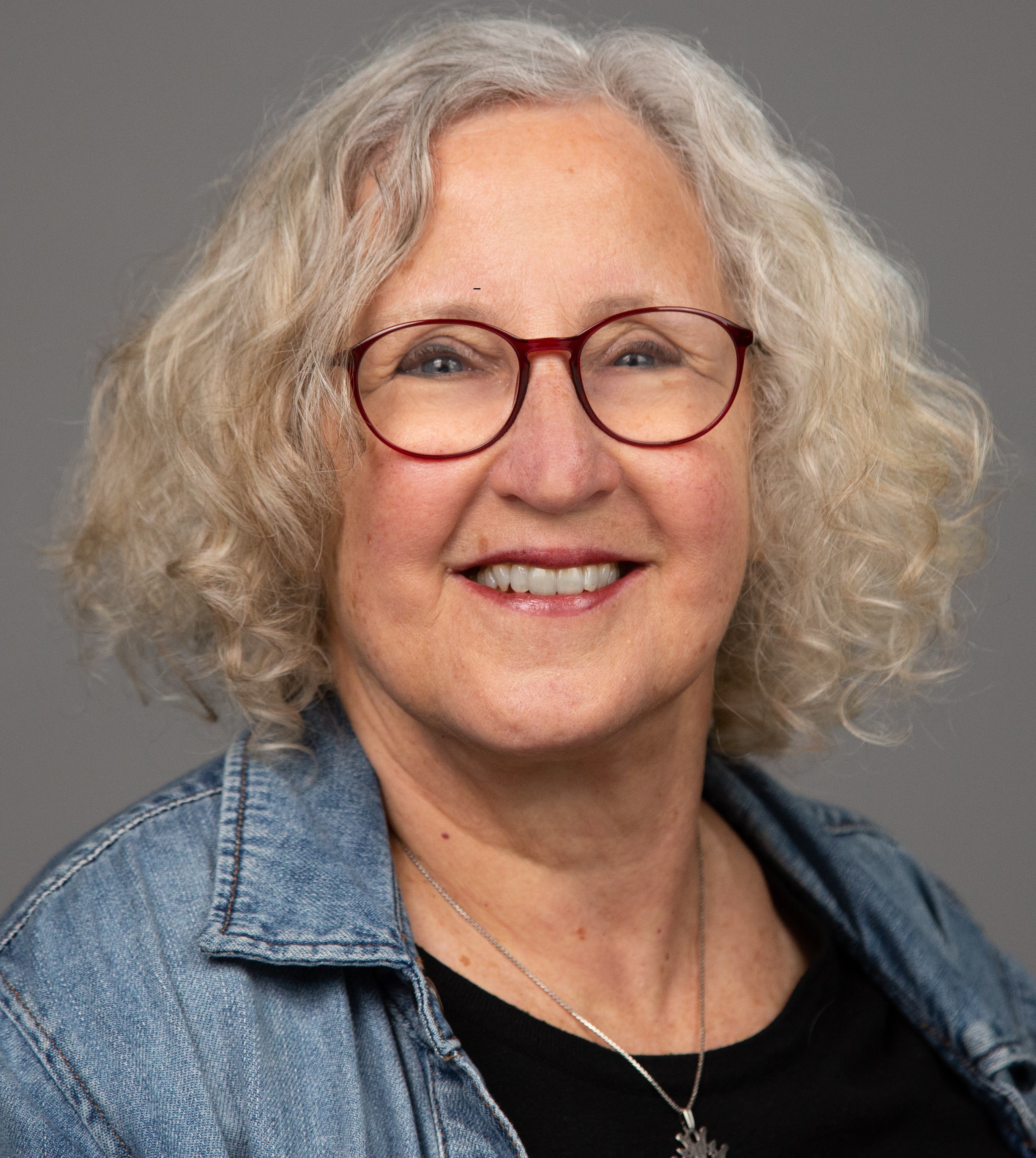 Fran Vanderpol is the Chair of The Oikodome Foundation, a family foundation she and her husband Pieter founded more than 25 years ago and operate together with their children. Active in her community, she presently is a Director for Abbotsford Restorative Justice and Advocacy Association and is involved with the UFV Peace and Conflict Studies Program Community Advisory Committee and the vision of a Peace and Reconciliation Centre. Fran was a founding member of Character Abbotsford. Before selling the business to the next generation, Fran was owner and President of Vanderpol’s Eggs. She graduated from Hamilton Teachers College and has studied at McMaster University and Regent College. 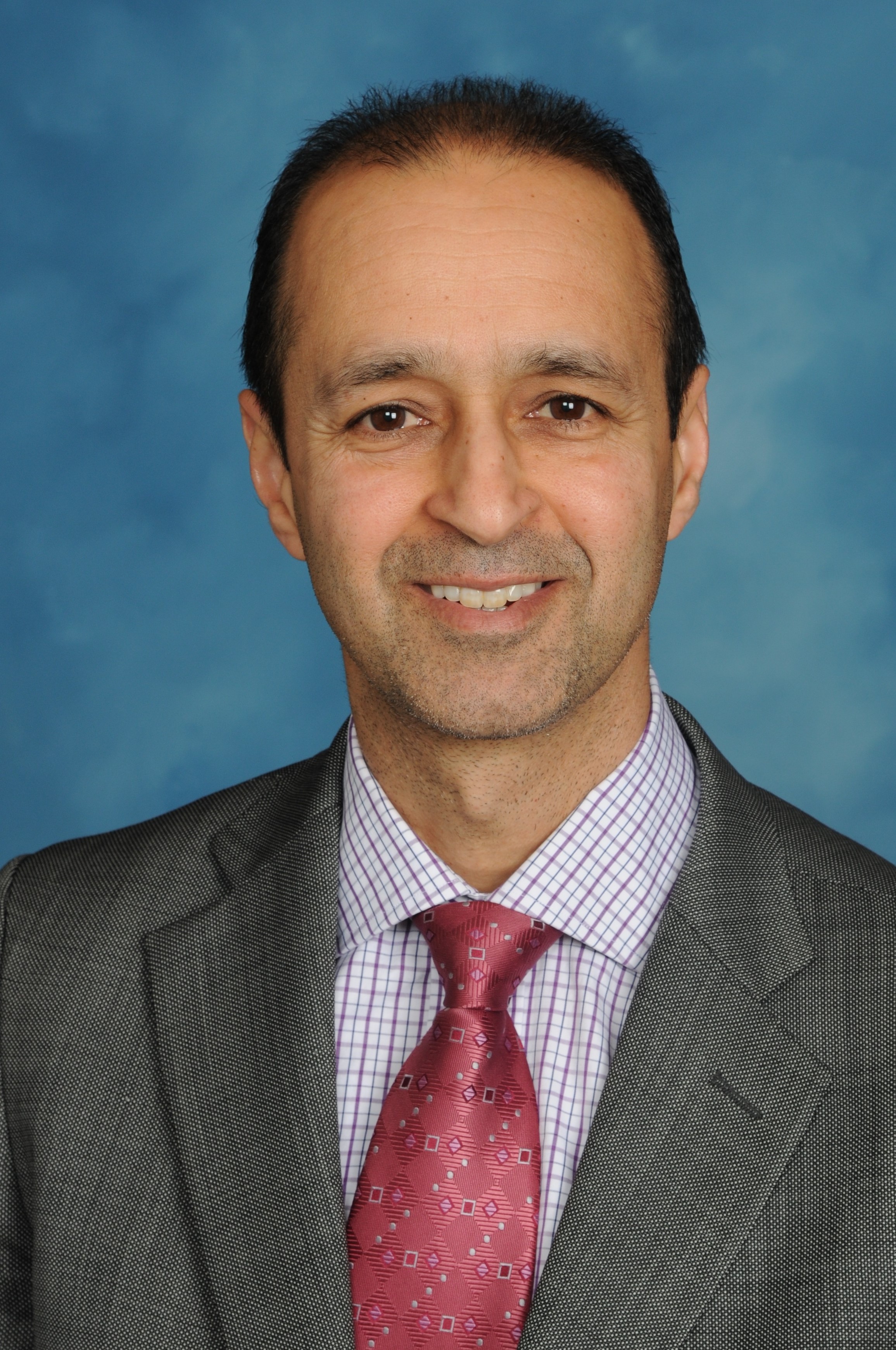 Jinder Sarowa is currently Principal at R.E. Mountain Secondary School in Langley. Previously, Mr. Sarowa was Principal in the Abbotsford School District at Yale Secondary, Robert Bateman Secondary, Rick Hansen Secondary, and Abbotsford Middle, as well as Vice Principal at Abbotsford Senior; his focus is staff development and the student experience. He earned a Masters in Educational Leadership from Western Washington University in Bellingham. Active in his community, he is currently Tournament Director for the BC High School Basketball Association. He started the Canadian Cultural Pride Association, which was a group of community members who empowered youth to engage in positive initiatives. He was on the Board of Directors for the Abbotsford Community Foundation and Fraser Valley Health Care Foundation. He is past President of the Abbotsford Principals' Association. Over the past three years, he has been a part of the Abbotsford District learning team, engaged in educational advancement with Harvard and twelve other North American districts on emergent leadership & fostering equity environments. 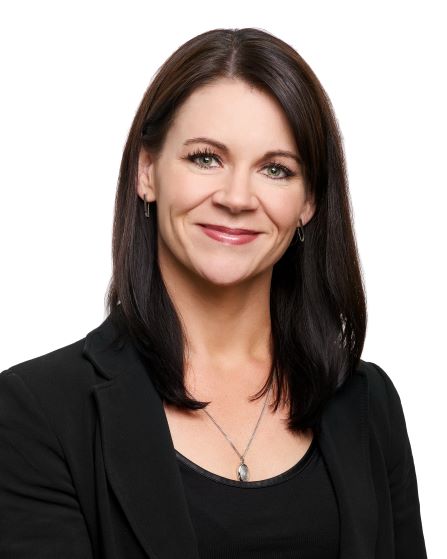 Maxine Bouthot is a Branch Manager with Envision Financial, a division of First West Credit Union, in Chilliwack.  With nearly 20 years of banking experience, her areas of expertise are leadership, mentorship, project management, and financial planning.

Maxine completed her BBA in 2007 through what was then University College of the Fraser Valley, returning in 2014 to serve on the UFV Alumni Association Board first as Treasurer and then later as Vice-Chair. 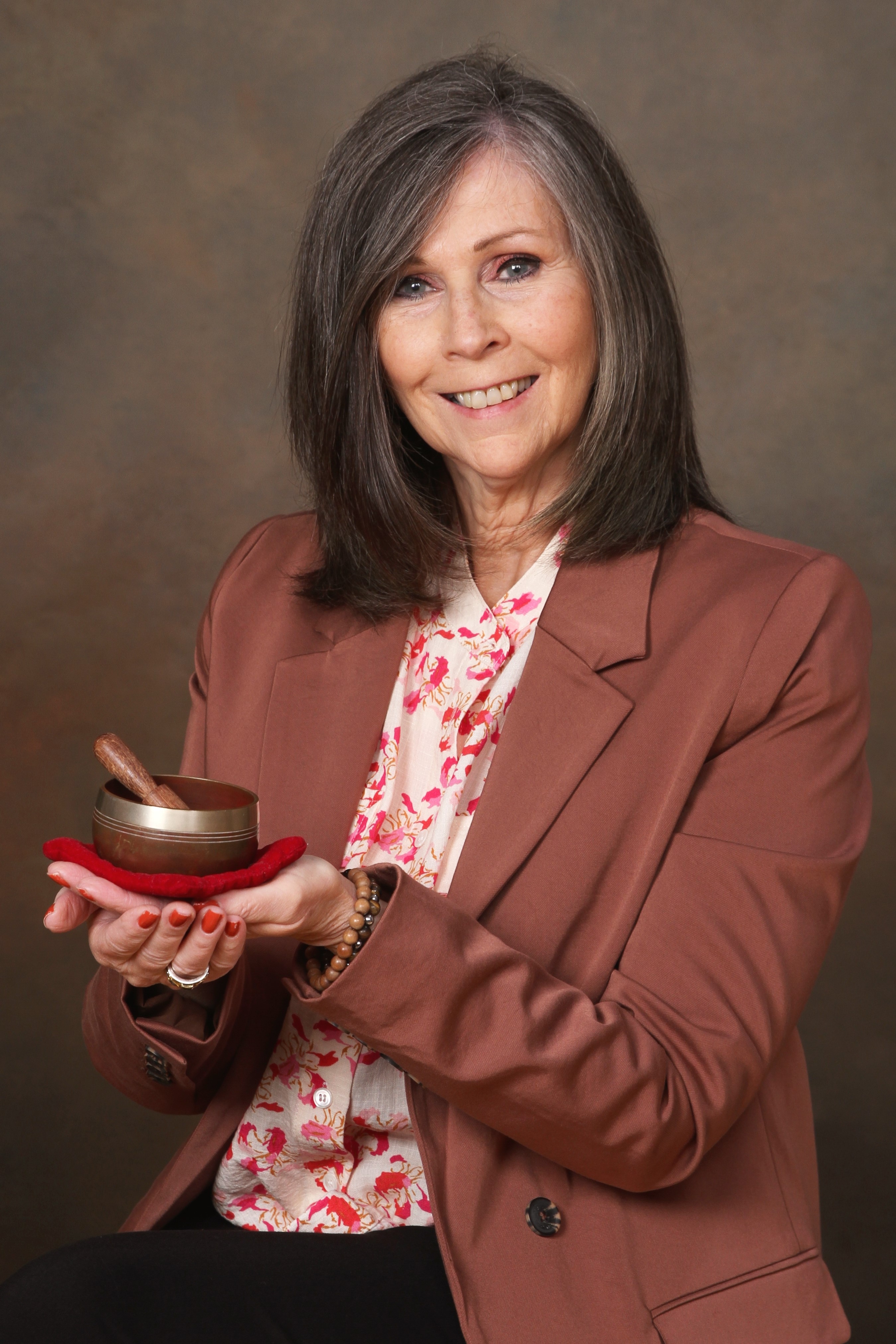 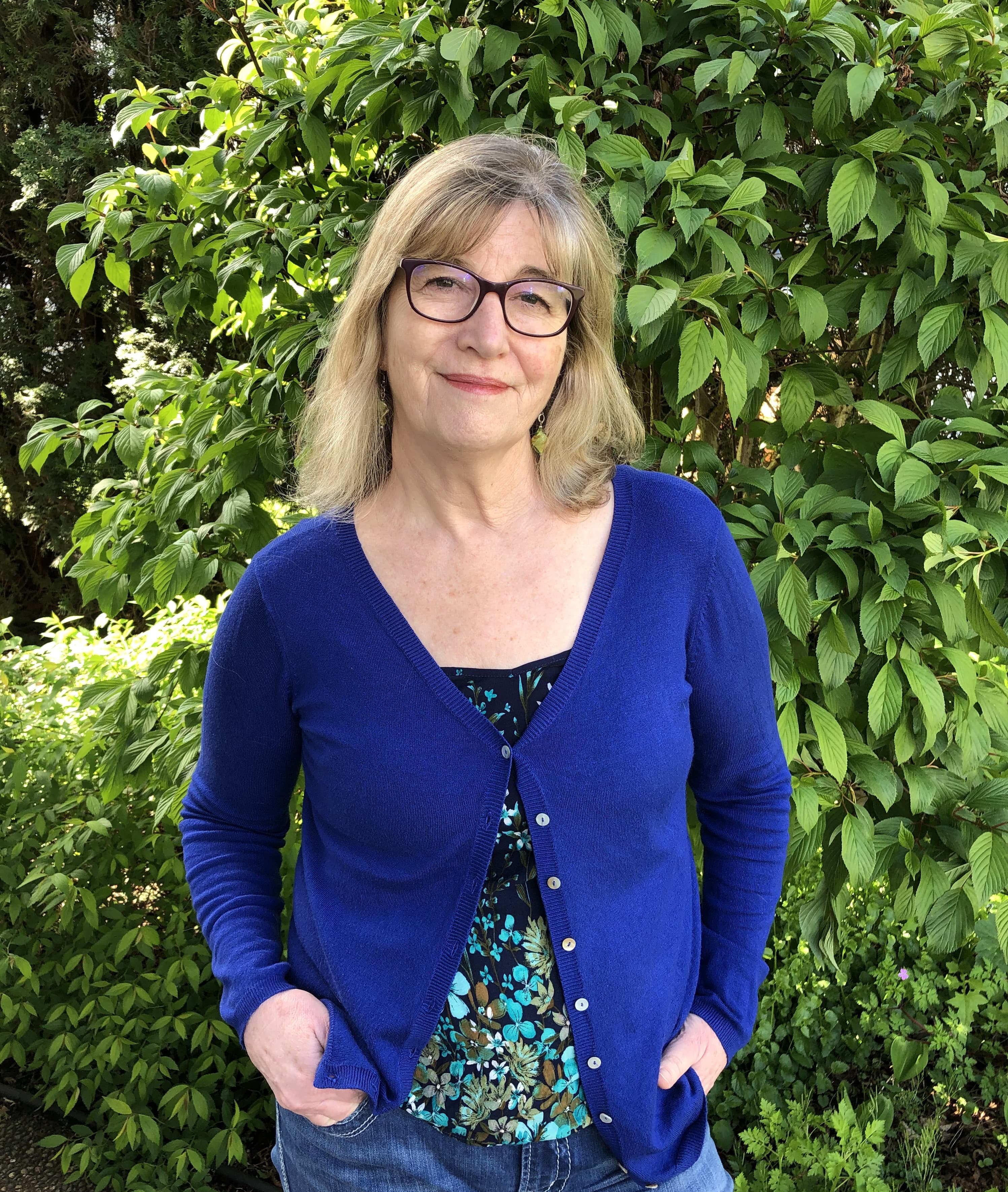 Dr. Shelley Canning is an Associate Professor in Nursing at the University of the Fraser Valley and a research associate with UFV’s Centre for Education and Research on Ageing (CERA) and the Health and Social Innovation Hub (CHASI). She completed her PhD in nursing at UBC as well as a BSc and secondary school teaching certificate at the University of Victoria. Dr. Canning's nursing practice background includes palliative oncology and community health. She is an applied health researcher with a focus on ageing and dementia. Her research aims at better understanding and supporting the quality of life for older adults especially those living with dementia. She is also an advocate for the creation of "age-friendly" initiatives both within UFV and neighbouring communities. Shelley has been a nursing faculty member at UFV since 2006 where she has participated in a wide variety of faculty and institutional committees. 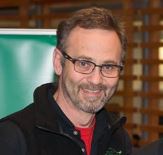 Pierce Stoeckly has worked at UFV since 2001 as a Program Technician in all trades program areas, and he earned his Automotive Service Technician Red Seal Journeyman designation from UCFV. Prior to that, Pierce worked as a Service Technician for a GM Dealership in Abbotsford.

Pierce has also been an active member of the Kent/Harrison Search and Rescue for the past 25 years.

Jasleen Kaur Brar is a second-year student in the Bachelor of Sciences in Nursing program and is serving her first-year on the Board of Governors.

Kulveer Singh is a second-year student in the Associate of Arts Degree program studying as an International student at UFV. He is pursuing his plan to settle down in Canada. As a student member on the Board of Governors, his goal is to develop leadership skills while representing the best interest of students.