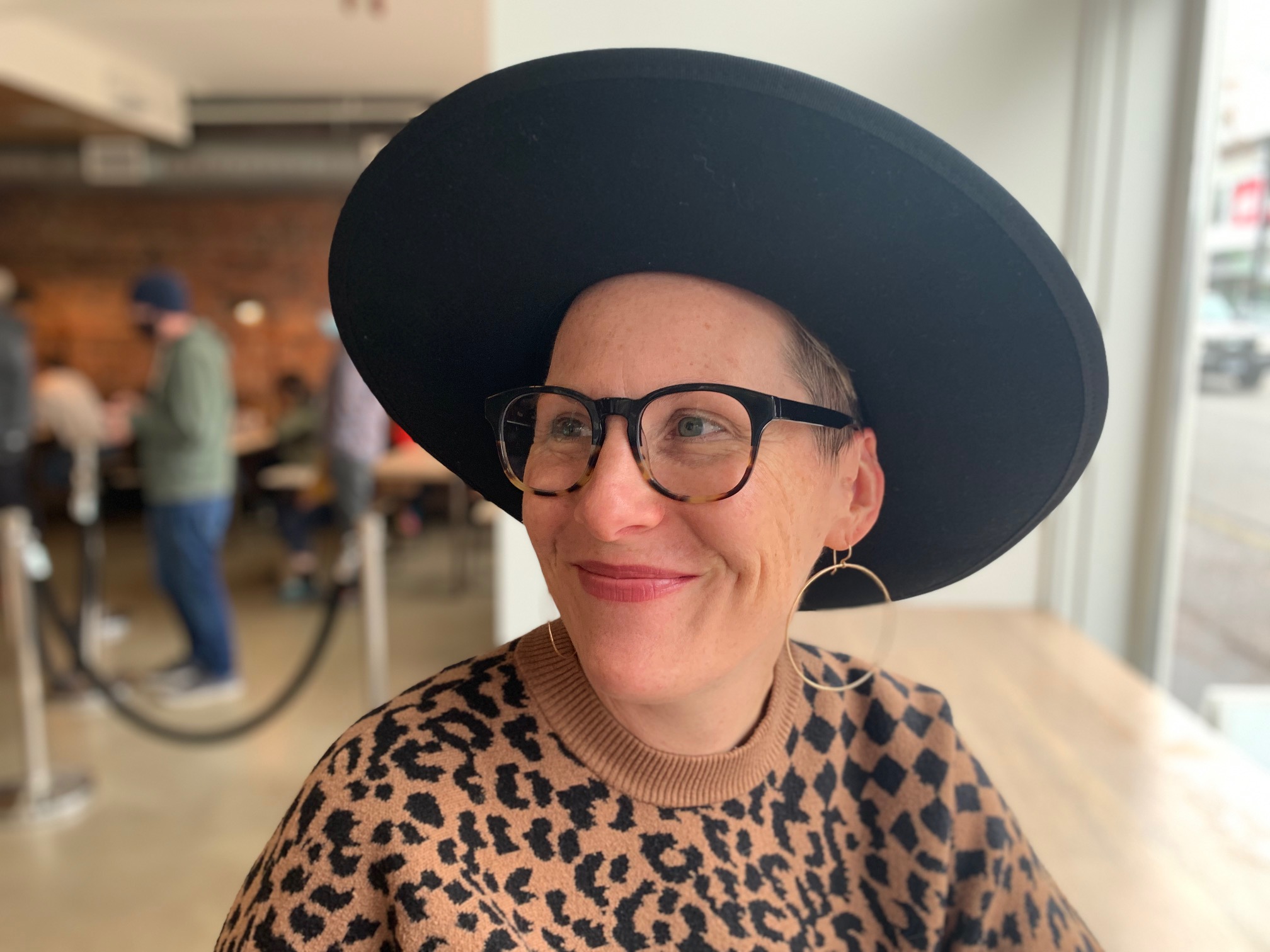 Toni Latour is an East Vancouver queer femme artist, educator, and single mother, living on the occupied territories of the Musqueam, Tsleil-Waututh, and Squamish Nations.  She works in photography, installation, text-based practices, drawing, video, sound, public and performance art.  Toni received her BFA from the University of Windsor in 1998 and her MFA from the University of Western Ontario in 2000.  Her work has included social commentary public artwork, and large-scale installation work that concerns itself with representation within the queer and trans communities in Coast Salish Territory (Vancouver).

Since 1994, Toni has exhibited her work nationally and internationally in both solo and group shows and has received numerous grants and awards in support of her practice.  In 2021, Toni Latour and Dr. Syrus Marcus Ware received a $15,000 BC Arts Council Grant and a $70,000 Canada Council Grant to create a Black Lives Matter Memorial Project.  Look for that work in Summer 2023.

Toni’s work is included in many catalogues and publications and is held in private and public collections, including the National Portrait Gallery of Canada, the Surrey Art Gallery, and the Vancouver Biennale.

Toni is both a visual artist and a professor.  Along with teaching, she is the Non-Regular Union Executive Representative at the University of the Fraser Valley (UFV), situated on Sto:lo Territory, in Abbotsford, British Columbia.  In this position, she is actively advocating for labour rights and equity.  Toni is also an active member of UFV’s RAN (Racism and Anti-Racism Network) and the SoCA: EDI Committee (School of Creative Arts: Equity, Diversity and Inclusion).