To attend the online lecture please register at: https://us02web.zoom.us/meeting/register/tZwrcuCrrzguGtZUAZid2ca62RzCbPzt-ncK

(After registering, you will receive a confirmation email containing information about joining the lecture)

Abstract: Rural Punjab has been a divided region. The most important axis of this division has been through caste, which also overlaps with class. Almost all the agricultural land is owned and cultivated by Jatts and a few other minor caste groups, such as Sainis, Kambojs, Rajputs and Labanas. Dalits, who make for more than 30% of the state population, are almost all landless. This presentation will look at how the current farmers' movement has provided an opportunity to rebuild solidarities across castes. Unlike other regions of India, Punjab has the idiom of Sikhi that could help in building newer solidarities across caste communities.

CASTE, DIASPORA AND THE FUTURE
SASI Fourth Symposium
WHEN: Wednesday, December 2nd
TIME: 10AM - 12PM (PST)
Zoom Link: https://us02web.zoom.us/j/89747827428m.us/j/89747827428
The issue of caste has resurfaced as a determining marker of identity among the diasporic Indian community. It had always existed, albeit in obscure forms. However, in the recent decades it has taken a robust turn through cultural artefacts and rehashing of a caste pride in a mostly white majority culture. A counterculture under the vestige of Ambedkarite, Dalit-consciousness provided a direct critique to the caste equations in the diasporic society.
In this talk Dr. Yengde takes a look at the kinetic sources of caste and its porosity among the diasporic Indian society. The ambiguity of caste identity was so ingrained in the habits of ‘lower castes’ diaspora that it was left to forgetfulness. However, the cultures and lived realities of oppressed caste groups remained intact in their worship, eating habits and intermarriages among others.
One significant departure of the Dalit or Shudra diaspora was the obfuscation of lowest categories attributed to them. However, the question endures: how well did the categorical smokescreen help in penetrating a dominant caste oppression under the guise of minority person of color?
Dr. Yengde’s presentation will be followed by a Q&A moderated by SASI Director Dr. Satwinder Kaur Bains.
All are welcome to attend this free online lecture 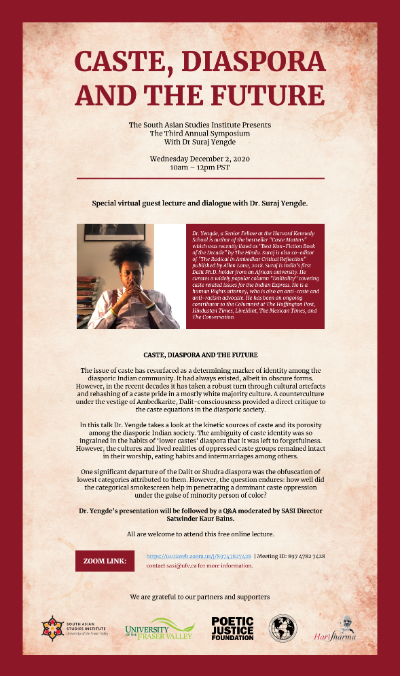 The SASI invites you to a virtual book launch of "The Sikh Next Door: An Identity in Transition" by Dr. Manpreet J. Singh 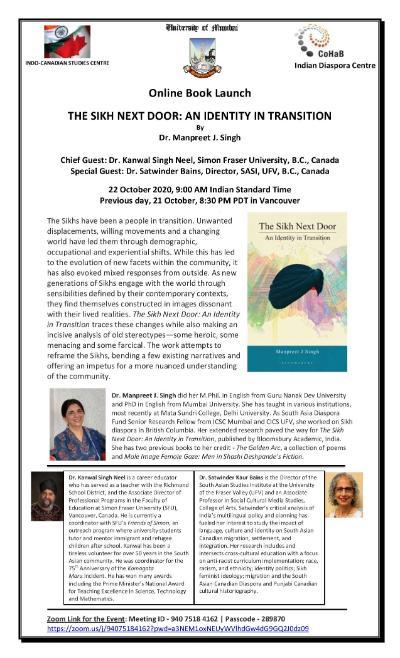 Come join us for this free event (three films over three weeks) which brings together Indian Cinema and Shakespeare. After each film screening join UFV faculty who will be providing context and conversation. 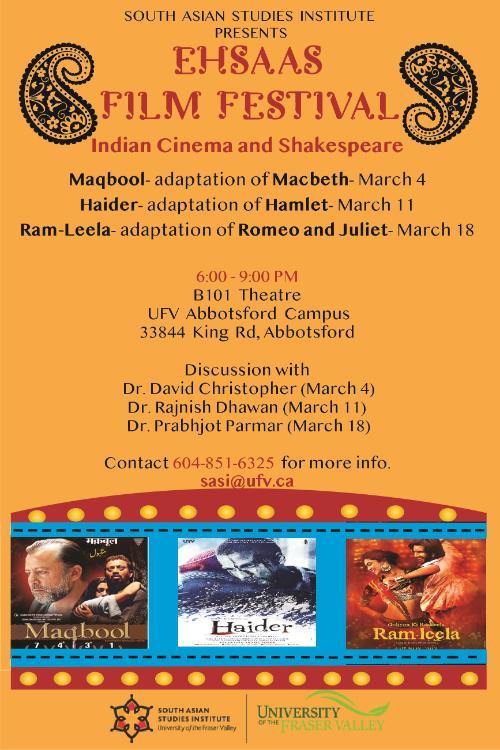 Join us as we celebrate the successful run and closing of the 'We Are Hockey' exhibit at the Sikh Heritage Museum, National Historic Site, Gur Sikh Temple.

All are welcome, bring your family, children and loved ones. 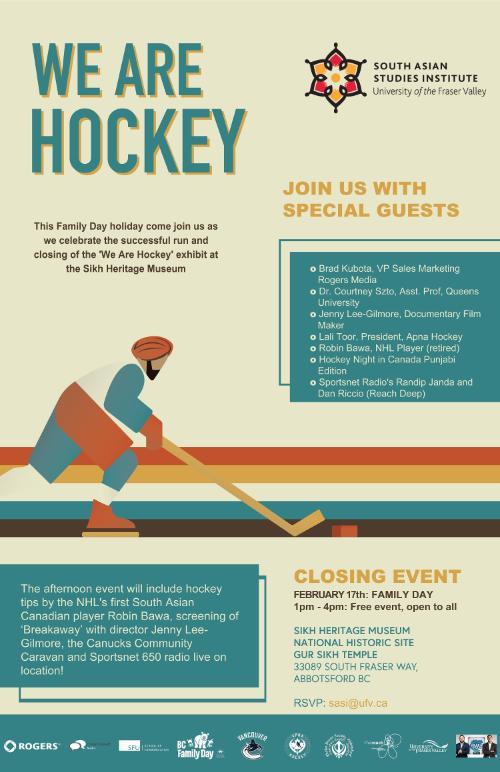 You are all invited to attend the opening reception for 'Haq and History' an exhibit designed by the Royal BC Museum in partnership with the South Asian Studies Institute. The exhibit's will be displayed at UFV's S’eliyemetaxwtexw Gallery from January 15th until February 13th, 2020. 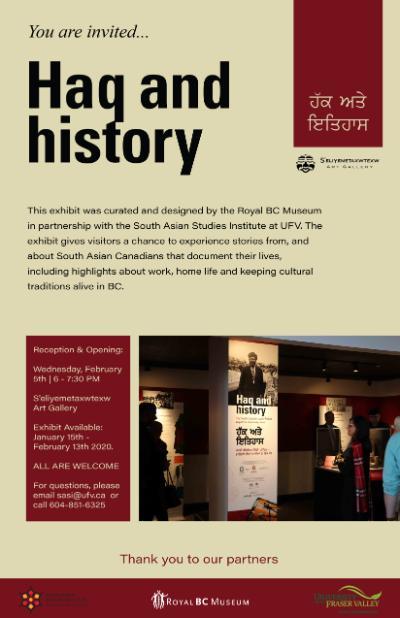