Back to Faculty associates 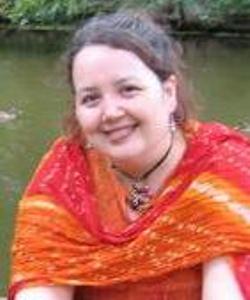 Dr. Nicola Mooney teaches in UFV’s department of Social, Cultural, and Media Studies, and is Senior Associate at the South Asian Studies Institute. Her research focuses on the Punjabi community of northwest India and its diaspora, and particularly on Jat Sikhs. Her ethnography, Rural Nostalgias and Transnational Dreams: Identity and Modernity among Jat Sikhs (University of Toronto Press 2011), interrogates ethnicity, urbanization, and migration, their impacts on society, history, memory, and identity, and their relations to religion, gender, class, caste, the nation-state, postcoloniality, and modernity. She has also written a number of articles and chapters on gender, caste, and religion (and their intersections), in addition to pieces on popular cinema, cultural performance, and poetics.

Nicola’s ongoing work broadly relates to the connections between identity, religion, caste, gender, migration, and modernity. In her longer-term research, she continues to research the Social  contours and cultural and affective meanings of caste, development, rural  imaginaries, and shifting relationships to land among emigrant Jats (and other Indians). She is also working on several more immediate projects on modern religion and everyday life; these focus on food and consumption, processes of disenchantment and re-enchantment, and the possible relationships between spirituality, secularism, and social justice. She is also developing a collaborative project on modernity, gender, and sexual violence in South Asia.

Ethnicity and identity; transnationalism and diaspora; history and memory; gender and other forms of social difference; religiosity; urbanity and rurality; place, land, and landscape; and the experience and impacts of the nation-state, development, and modernity among Sikhs, and particularly Jat Sikhs; as well as Punjabi and South Asian popular and performance cultures and media, postcoloniality, feminist anthropology, the ethnography of everyday life, critical ethnography, ethnohistory, and ethnography as genre.

Mooney, N. 2012b. “From Chandigarh to Vancouver: Jat Sikh Home and Identity in the Films of Harbhajan Mann”. In From Bombay to LA: The Travels of South Asian Cinema, eds. Anjali Gera Roy and Chua Beng Huat, Oxford University Press.

Back to Faculty associates