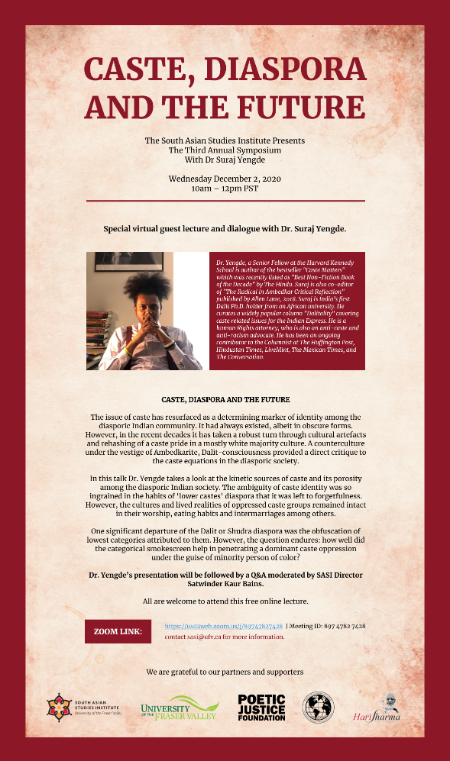 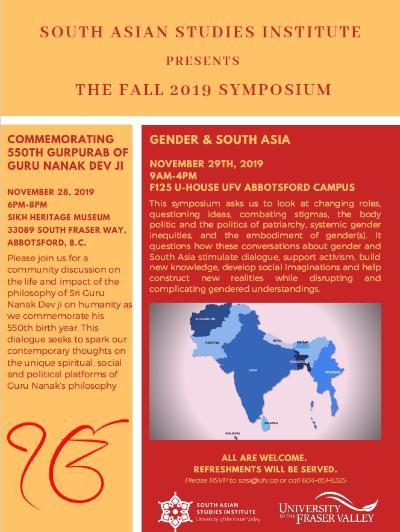 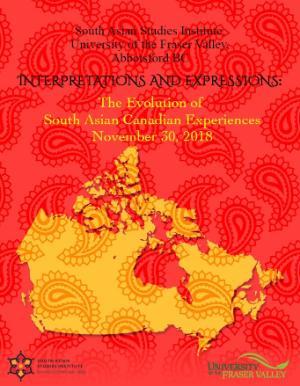 The South Asian Studies Institute Presented its 2nd Annual Symposium on November 2018. The theme for the symposium, "The Evolution of South Asian Canadian Experiences" looked at ‘South Asia’ as a region part of a complex enigma when it becomes attached to Canadian diaspora experiences. The symposium:

Our aim was to continue the dialogue on the intersections between retrospection, identification,and aesthetic within Canadian teaching, research, performance, critique and translation.

The second annual symposium included in 'Arts and Culture Rountable' interlude. In this interlude we asked our presenters to speak to the following: 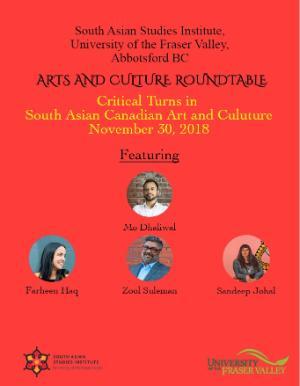 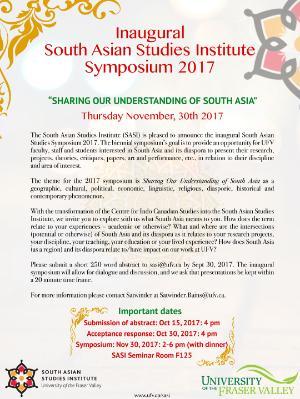 The inaugural SASI Symposium on November 30, 2017, titled " Sharing Our Understanding of South Asia' looked at South Asia as a geographic, cultural, political, economic, linguistic, religious, diasporic, historical and contemporary phenomenon. With the transformation of the Centre for Indo Canadian Studies into the South Asian Studies Institute, we invites presenters to explore with us what South Asia meant to them. We questioned how the term South Asia related to their experiences – academic or otherwise. 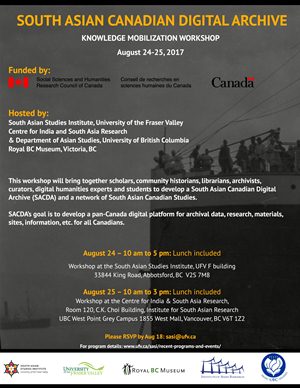 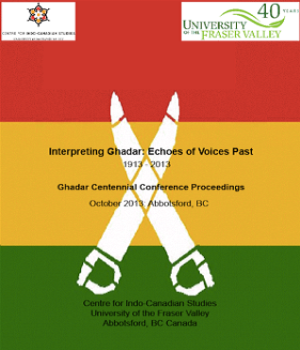 In 2013, the Centre for Indo-Canadian Studies hosted a conference commemorating the centennial of the starting of Ghadar, ie. Mutiny, which was the first anti-Colonial movement to emerge out of India. 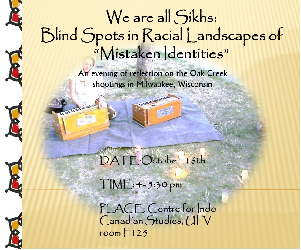 On August 5, 2012, an armed gunmen went on a shooting rampage at the Sikh Gurdwara in Oak Creek, Wisconsin. Six people were killed and many other wounded either physically or emotionally. The man's motivation for shooting at the Gurdwara was unequivocally racially motivated. In order to reflect on this tragedy, the Centre for Indo-Canadian Studies hosted a forum titled We are all Sikhs: Blind spots in racial landscapes of “mistaken identities.” on October 16th, 2012. Faculty and staff members took a moment at this juncture to present their thoughts and emotions. View the Wisconsin Paper Abstracts 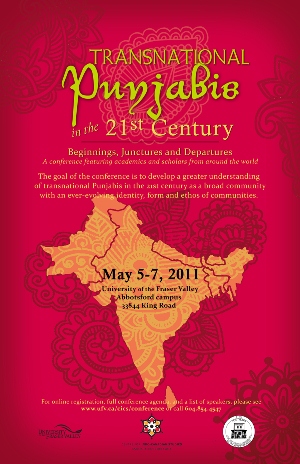 University of the Fraser Valley

The Centre for Indo Canadian Studies at the University of the Fraser Valley welcomes our colleagues and participants to the TRANSNATIONAL PUNJABIS IN THE 21ST CENTURY: BEGINNINGS, JUNCTURES AND DEPARTURES conference.

A century ago, in 1908 determined pioneers from Punjab India came together against many odds to build one of the first Sikh gurdwaras in North America - the Khalsa Diwan Society Gur Sikh Temple in the small rural community of Abbotsford, BC. The Gurdwara opened in 1911 amidst much fanfare and ceremony. This historically significant gurdwara has since been designated as a National Historic Site by the Canadian Government in 2002 and is the only one of its kind in the Americas to be bestowed with this honour.

In honour of the centennial, the Centre for Indo Canadian Studies at UFV is hosting this international conference. The theme of the conference builds on the concept of juncture as a point of time, especially one made critical or important by an occurrence of circumstances. The conference questions the juncture of transnational Punjabis in their collective realities and imagination in the 21st century and/or departure from accepted norms. We seek to better understand the guide posts for this transnational cultural community in its continuous trajectory of immigrant, settler, citizen, activist, futurist and leader.

The goal of the conference is to develop a greater understanding of Punjabis in the 21st century as a transnational entity with an ever-evolving identity, form and development of communities.

The conference seeks to engage local, national and international scholars on Punjabi Diaspora, Migration, Transnational communities, Religion, Language and Literature, Art and Culture, and Identity and Cultural Politics. Thank you for your contributions to this academic response to 100 years of heritage and for travelling short and long distances to be part of this historic moment in Canadian history.